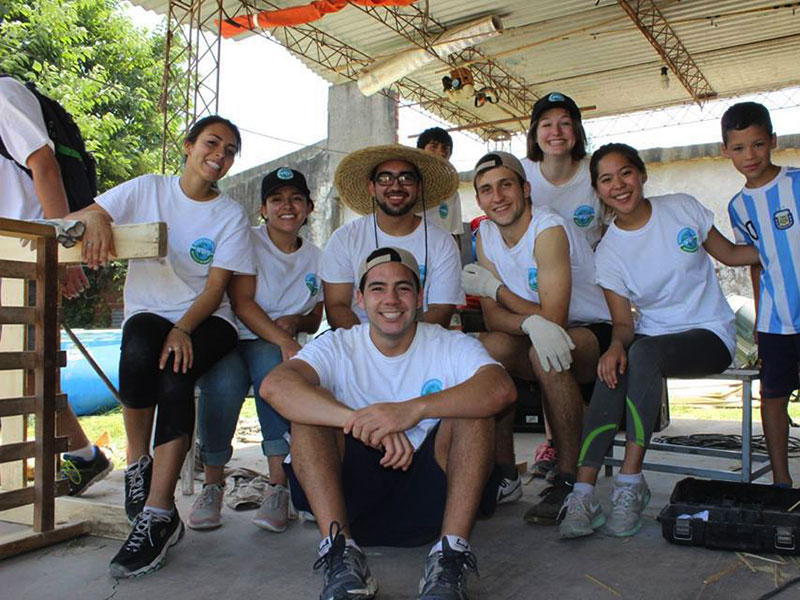 WWB and Soka University of America (SUA) partnered to generate an intensive academic and practical weatherization exchange during January 2016 in Buenos Aires.  WWB trained some 12 students from Soka, California, who travelled to Buenos Aires and after the classroom training did actual weatherization work in low-income households.

The exchange was coordinated by Nicolás Maggio at WWB and Professor Tomas Crowder-Taraborrelli at Soka University. The three questions that inspired the work of the SUA Learning Cluster were:

1) What factors have contributed to making homes become unaffordable for most people in the world?

2) How can a Learning Cluster group diagnose the energy efficiency of unregulated homes and implement changes to improve their safety and economic viability?

3) How can sustainable practices explored in the Learning Cluster impact future generations?

The second component entailed field training with weatherization equipment and the WWB mentors. At this stage, a sample of homes were audited and studied under the “house as a system” approach.

Finally, after visiting different traditional neighborhoods in the City of Buenos Aires to investigate which were the factors that shaped the urban identity of the city, the students reached the working field in the municipality of Campana, province of Buenos Aires, in which they applied their acquired weatherization knowledge.

After arriving in the field, the WWB mentors divided the students into separated groups and planned several days doing audits and retrofits on different homes.

At first the group was devoted to audit the state of each house, in which they found problems such as lack of insulation, moisture issues, high temperatures, mold, and gas leaks. In one of the cases they found that some of the children had health issues associated with the condition of the house. After the audits, they found insulation and waterproofing of the roofs as the most important changes to be made.

The second stage on the field was the execution of the retrofits, in which the students were guided by their WWB mentors and the more experienced workers already working in the weatherization program.

To close the exchange, all the group received the visit of the US ambassador Mr. Noah Mamet and the City Mayor Sebastián Abella, who discussed the work the teams were doing and expressed their conviction of the work’s significance for the families which has overall importance for further advances in promoting sustainable housing, especially for low-income families. 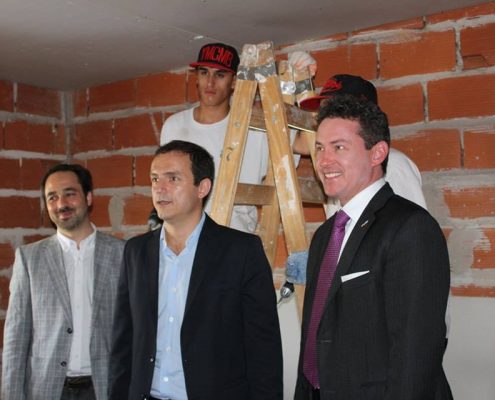 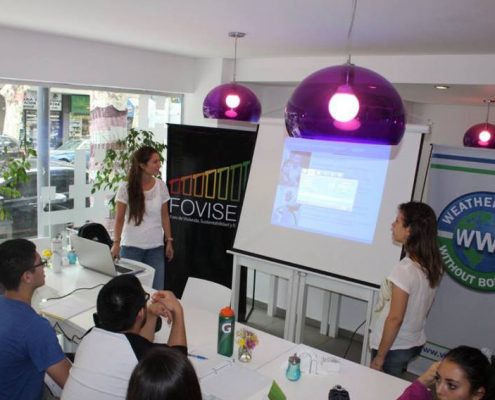 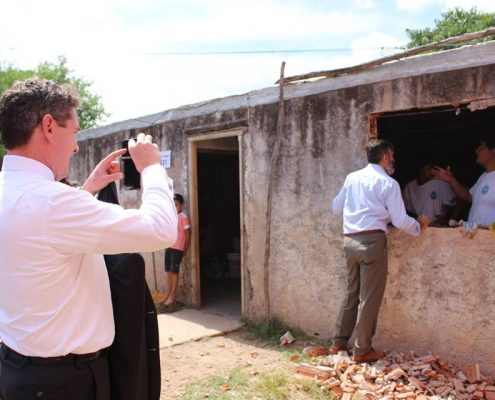 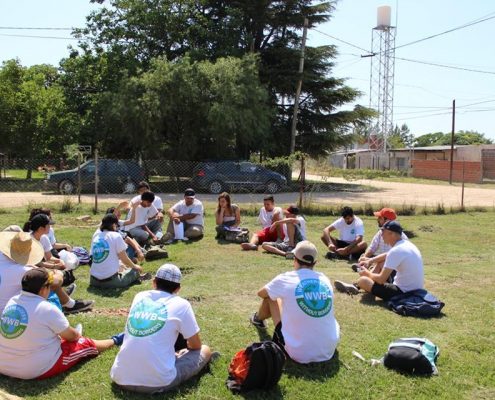 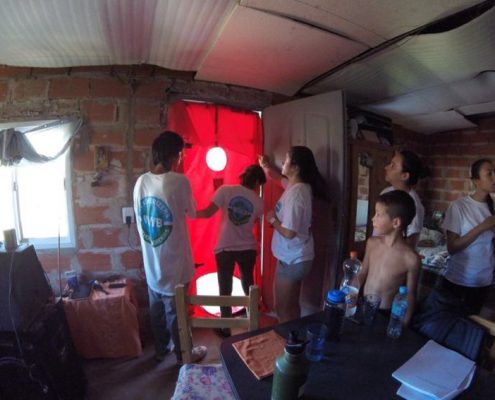 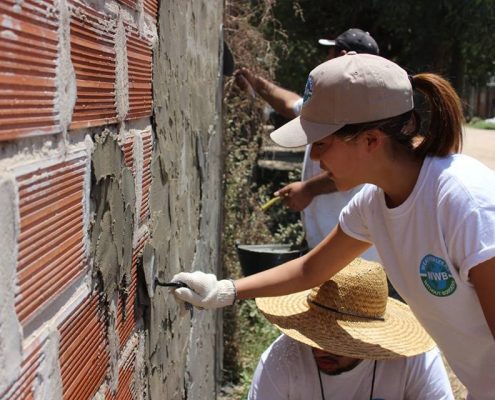 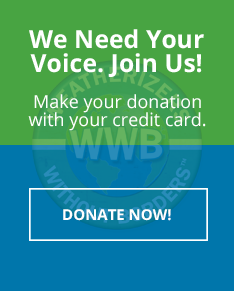